What does ownership mean to you?

Definition of ownership according to Merriam-Webster
1): the state, relation, or fact of being an owner

Who owns your body?
When one finds them selves listed on a piece of paper titled:

The State of Texas Vs (Your Name Here)

One will quickly learn that Texas is a Corporation (The State of Texas) that has a vast amount of resources to spend on the court cases against the non-state entity, and the new owners will spend it all to prove their ownership of the citizen. An ironic ideal that one must pay taxes to an entity that can and will use that income against the person who paid it initially in the form of taxes, and prosecute, and arrest someone for NOT paying said taxes.

If one thinks that they own their property, a car, land, or business, then do NOT pay taxes to the county or state, as they require, and see how long it takes for the real owners to show up and educate the “owner” on their lack of payment for the use of said property.

How many rules, regulations, statutes, laws or codes does Texas have that the citizenry are responsible in following and knowing, and how many Federal laws are there that supersede state laws?

There has not been a definite number acquired in answering this question. The official answer is that “they” DO NOT KNOW!

If you think the answer to this question can be found in the volumes of the Statutes at Large, you are partially correct. The Statutes at Large is a compendium that includes all the federal laws passed by the U.S. Congress. However, a total count of laws passed does not account for the fact that some laws are completely new; some are passed to amend existing laws; and others completely repeal old laws. Moreover, this set does not include any case law or regulatory provisions that have the force of law.

In a conversation about this topic, a friend asked me, “What about the United States Code?” The current Code has 51 titles in multiple volumes. It would be very time consuming to go page by page to count each federal law, and it also does not include case law or regulatory provisions.

While we are on the topic, would you like to know the difference between the United States Code and the Statutes at Large? According to the Government Printing Office, “the Statutes at Large, is the permanent collection of all laws and resolutions enacted during each session of Congress.” The laws are arranged by public law number and are published in the Statutes at Large. The set also includes concurrent resolutions, proclamations, proposed and ratified amendments to the Constitution, and reorganization plans. Until 1948, treaties and international agreements approved by the Senate were also published in the Statutes at Large. This set is organized by year. So, if you are interested in locating the laws of passed in 1996 you need to consult the volumes for that year.

Imagine having so much freedom, that you can not even count how free your are NOT!

If our own lawmakers do NOT know how many current laws there are on a Federal level, then it would be no surprise that the answer is the same for the state, county, and municipal levels.

Ask any judge this question: “How many laws are there, local on up to federal?” When they fail to give an exact number, ask them then, “how as an officer of this court, do you intend to practice a craft in which there is an infinite amount of ways in which to make one a criminal, yet the court is not able to cite a source as to the number of said laws.” Where is the Justice in this system, the only thing it seems to be is a system in which to convict, infinitely.

Texas residents are in a literal conviction system which leads to the fact that Texas: One Nation Under Arrest is not just applicable for Motorcycle Clubs, it applies to us all.

Wikipedia offers some insight into the theory of state ownership:

Ownership of industry by the state or a public body
"State property" redirects here. For other uses, see State property (disambiguation). For the socialist concept, see Social ownership.
Not to be confused with Common good or Public good (economics).

In market-based economies, state-owned assets are often managed and operated as joint-stock corporations with a government owning all or a controlling stake of the company's shares. This form is often referred to as a state-owned enterprise. A state-owned enterprise might variously operate as a not-for-profit corporation, as it may not be required to generate a profit; as a commercial enterprise in competitive sectors; or as a natural monopoly. Governments may also use the profitable entities they own to support the general budget. The creation of a state-owned enterprise from other forms of public property is called corporatization.

In Soviet-type economies, state property was the dominant form of industry as property. The state held a monopoly on land and natural resources, and enterprises operated under the legal framework of a nominally planned economy, and thus according to different criteria than enterprises in market and mixed economies.

In the context of socialism, public ownership implies that the surplus product generated by publicly owned assets accrues to all of society in the form of a social dividend, as opposed to a distinct class of private capital owners. There is a wide variety of organizational forms for state-run industry, ranging from specialized technocratic management to direct workers' self-management. In traditional conceptions of non-market socialism, public ownership is a tool to consolidate the means of production as a precursor to the establishment of economic planning for the allocation of resources between organizations, as required by government or by the state.

State ownership is advocated as a form of social ownership for practical concerns, with the state being seen as the obvious candidate for owning and operating the means of production. Proponents assume that the state, as the representative of the public interest, would manage resources and production for the benefit of the public.[6] As a form of social ownership, state ownership may be contrasted with cooperatives and common ownership. Socialist theories and political ideologies that favor state ownership of the means of production may be labelled state socialism.

State ownership was recognized by Friedrich Engels in Socialism: Utopian and Scientific as, by itself, not doing away with capitalism, including the process of capital accumulation and structure of wage labor. Engels argued that state ownership of commercial industry would represent the final stage of capitalism, consisting of ownership and management of large-scale production and manufacture by the state.[7]

Within the United Kingdom, public ownership is mostly associated with the Labour Party (a centre-left democratic socialist party), specifically due to the creation of Clause IV of the "Labour Party Manifesto" in 1918. "Clause IV" was written by Fabian Society member Sidney Webb. 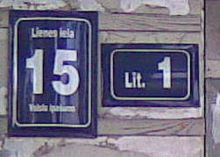 When ownership of a resource is vested in the state, or any branch of the state such as a local authority, individual use "rights" are based on the state's management policies, though these rights are not property rights as they are not transmissible. For example, if a family is allocated an apartment that is state owned, it will have been granted a tenancy of the apartment, which may be lifelong or inheritable, but the management and control rights are held by various government departments.[8]

There is a distinction to be made between state ownership and public property. The former may refer to assets operated by a specific state institution or branch of government, used exclusively by that branch, such as a research laboratory. The latter refers to assets and resources that are available to the entire public for use, such as a public park (see public space).

In neoclassical economic theory, the desirability of state ownership has been studied using contract theory. According to the property rights approach based on incomplete contracting (developed by Oliver Hart and his co-authors), ownership matters because it determines what happens in contingencies that were not considered in prevailing contracts.[9]

The work by Hart, Shleifer and Vishny (1997) is the leading application of the property rights approach to the question whether state ownership or private ownership is desirable.[10] In their model, the government and a private firm can invest to improve the quality of a public good and to reduce its production costs. It turns out that private ownership results in strong incentives to reduce costs, but it may also lead to poor quality. Hence, depending on the available investment technologies, there are situations in which state ownership is better. The Hart-Shleifer-Vishny theory has been extended in many directions. For instance, some authors have also considered mixed forms of private ownership and state ownership.[11] Moreover, the Hart-Shleifer-Vishny model assumes that the private party derives no utility from provision of the public good. Besley and Ghatak (2001) have shown that if the private party (a non-governmental organization) cares about the public good, then the party with the larger valuation of the public good should always be the owner, regardless of the parties' investment technologies.[12]

More recently, some authors have shown that the investment technology also matters in the Besley-Ghatak framework if an investing party is indispensable[13] or if there are bargaining frictions between the government and the private party.[14]